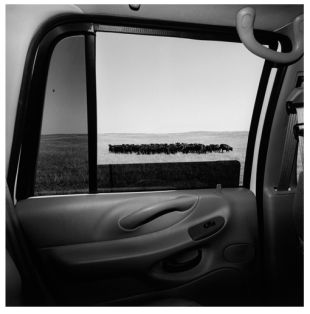 About “America by Car”: Made over the last decade and in a majority of the country’s fifty states, America by car is a vast compendium of the country’s eccentricities and obsession at the turn of the century. All of the approximately fifty photographs that comprise the exhibition were made from the inside of a car, most often of the rental variety. The car window is designed to frame the American landscape which is depicted often as odd yet typical of the era. Article cont.